Our modern devices utilize radio waves in order to provide us with wireless internet access. WiFi has become a standard way of connecting devices together, and while extremely useful, it does not come without cons. The waves have trouble going through walls and larger distances, creating a need for multiple wired devices able to support them. They are also limited from providing such internet speed as wired connections. There is, however, a technology which aims to solve these problems - or at least some of them. 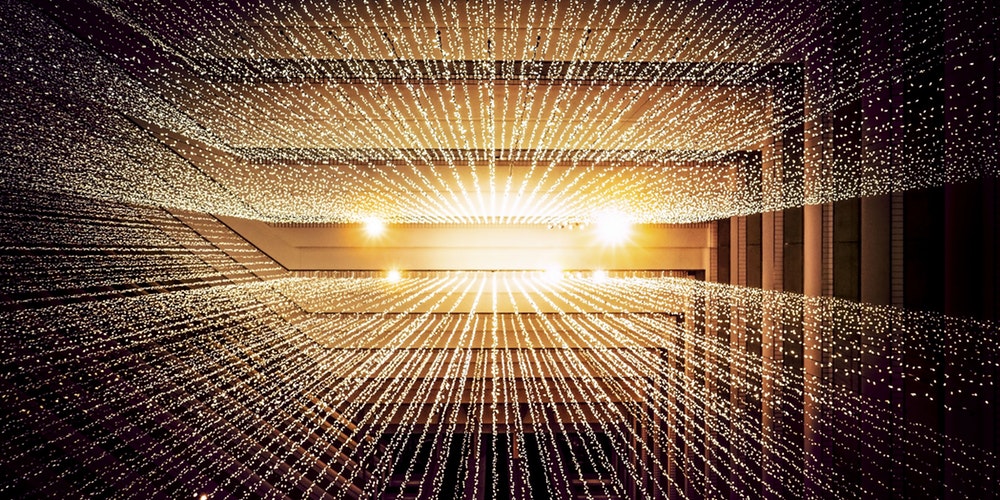 Li-Fi is based on a unique principle. Instead of using the same means as WiFi in order to conduct information from one device to another, is utilizes light. The system was invented in 2011, and was based on the premise of a flickering LED lamp that was so fast it was completely unnoticeable to the human eye. While this variant might be slightly annoying (it still requires a light to be turned on in order to maintain the connection, so surfing the web at night might be a bit problematic), the researchers from Eindhoven University of Technology created a version of this technology which utilizes infrared light (IR), which is harmless and completely invisible to the human eye.

How is it different from our beloved WiFi, and why should it be considered? For starters, it’s much faster. About 100 times faster than our most prominent WiFi speeds. The IR variant is already beating 40 Gbps (gigabits per second), and that’s just early testing grounds. It also requires much less energy than our current interfaces, considering there are no moving parts present in the device.

Sounds like a dream? There is still a small catch. Unlike the radio waves that we use for our WiFi signals, light does not pass through walls. Each building equipped with this technology is going to require several devices in order to achieve full coverage, and they will need to be properly situated.

Since the light bulbs provide each device with a different ray of light at a slightly different wavelength, having a larger amount of devices connected simultaneously should not cause significant slowdowns due to overcrowded space.

While the technology is still being perfected, there are good reasons to assume that is has sufficient potential to become one of the main forces on the market in the nearby future.